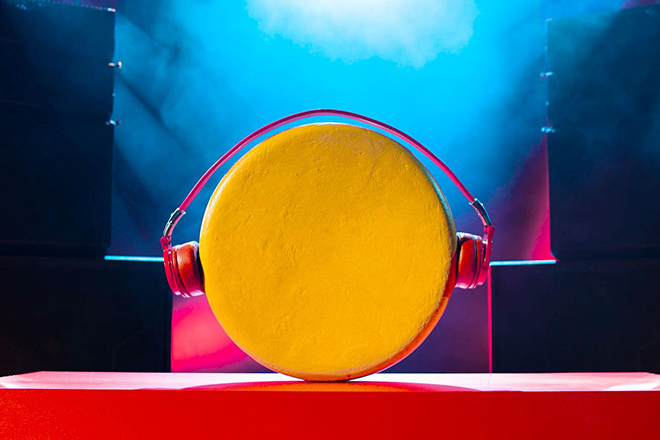 A 2019 study from the Bern University of the Arts in Switzerland proved something we already knew - Hip Hop is the best kind of music ever invented. Not really, but the study did conclude that cheese that was aged while having Tribe Called Quest’s ‘Jazz [We’ve got]’ had a stronger smell and fruitier taste than those aged with ‘Stairway to Heaven’ by Led Zeppelin or Mozart’s ‘The Magic Flute.’

A marketing genius at either Pandora or Cheez-It decided to take this study to the next level and created Aged by Audio limited-edition crackers. For six months, cheese was aged by iconic Hip Hop songs on a Pandora playlist continuously playing through transducers, so the vibrations of the sound would permeate the cheese. After six months, the cheese was tested with non-sonically aged cheese and researchers noticed a distinct difference in the smell, taste, and flavor of the Hip Hop cheese.

Now, people can listen to the playlist that helped age the cheese on Pandora, as well as scoop up some limited-edition Aged by Audio Cheez-Its. Since it’s 2022, there’s also a merch drop where people can buy bucket hats and other cool items for the promotion.

[News from here and here] DJ Premier is taking this personal